guitarists – or musicians in general – rarely think about their health, and that’s a problem

Before we get into the topic: guitarstrength is NOT some kind of strength training. In this case, strength refers to the health, power, and resilience that we all need to perform at our best.

In short, the mission of guitarstrength is to…

teach you how to keep your hands, wrists, arms, shoulders, neck and back healthy, and injury- and pain-free for years to come

improve your physical condition and well-being so you can play more, be capable of higher performance, and become a better musician overall

Why is this topic important?

Some statistics:
1. Scientists surveyed 330 freshman music students about their history of playing-related pain. 79% reported such history, and for stringed instruments (including guitar) the numbers were around 84% to 87%. Source

2. According to statistics from the Bureau of Labor, 264,000 musicians were employed in the United States in 2006, and musculoskeletal injuries were reported in 50% to 76% of professional musicians. Source

3. In a Dutch survey of 13,000 professional musicians, 60% had experienced such severe playing-related pains in the past that they were unable to play their instrument. Source

These numbers are… frightening. Couple that with the general attitude of most people, who convince themselves that ‘it will go away on its own’ or ‘it’s a part of playing music’, and you get a quite depressing picture where almost everybody has a problem, but almost nobody does anything to stop or prevent it.

Playing music should not hurt. Because what is pain? Pain science is a fascinating field of study, and some amazing breakthroughs have been made. But the foundations remain the same: pain always indicates something is not right, something is not working as it should.

As musicians, we subject ourselves to heavy physical loads, as we staying in unnatural positions for hours while performing at nearly 100%, both physically and mentally. And over time, that takes its toll. 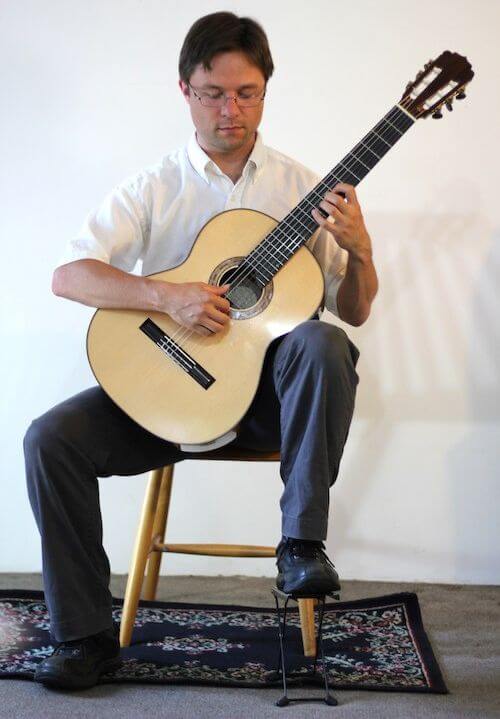 Even with a perfect playing posture like this, one may experience some sort of repetitive strain injury.

The body does not like immobility, nor repetitive, restricted movements. Unfortunately, plenty of both are involved when playing music, regardless of the instrument. Muscles, connective tissues (like fascia), tendons and joints can become tense, restricted, inflamed, and of course, painful. This makes it impossible to play with ease and perform well.

There is always a solution

Several simple methods exist today that help you stay healthy and balanced by compensating for the negative effects of this repetitive strain (playing music). And this is the goal here – to teach these methods to musicians, in a program tailored just for them. 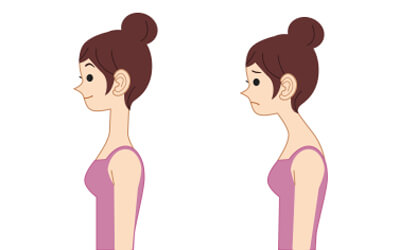 Poor posture may cause many issues that can’t be treated locally.

It is (or should be) obvious that the best remedy for musculoskeletal problems is better movement. It’s the system that is designed to move your body, so if there’s a problem, there’s usually a faulty movement pattern to blame. Corrective exercise means we re-teach the body how to move well, which will ease symptoms and increase performance. Regular, general exercise is not capable of this. 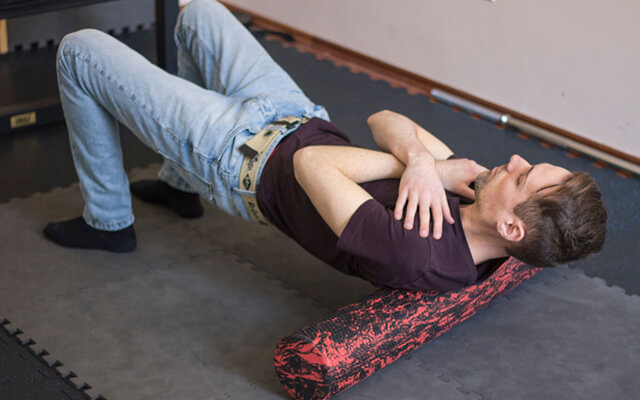 You might have heard about foam rolling before. It’s about massaging our muscles and fascia (a type of connective tissue) with special tools, like rollers or balls. As it goes over a body part, the rolling pressure flushes the fluids from the tissues, which aids in the removal of waste products. After this, there’s a chance for new, fresh blood and lymphatic fluid to enter. Tense, stuck together muscle fibers can break free. Muscle and joint pains can be solved due to increased regeneration and better function. A huge selling point for foam rolling is that it’s cheap, and can be used anywhere, any time. 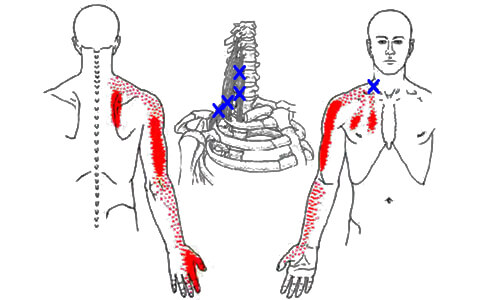 Trigger points (blue) in the neck (scalenus muscles) can cause pain in the chest, scapula and down the arm (red).

A competent specialist knows that pain is only a symptom, its cause can be on the other side of the body. A perfect example would be the trigger point, a small knot in the muscle fibers, that prevents optimal muscle function and causes distinct, radiating pain. For example, trigger points in the shoulder muscles may cause wrist pain, or trigger points in the neck muscles may cause headache (see the image for even more “ideas”). These points can be tricky to find, but their treatment brings immediate relief. Read more about muscle problems here. 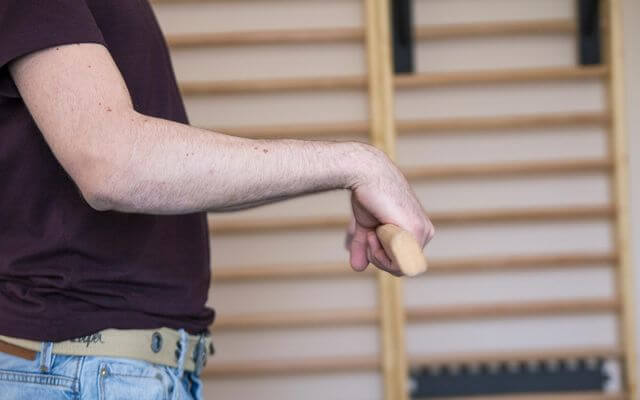 Coordination exercises are simple but difficult – that’s why they work.

Coordination training combines exercise with neuroscience. Why is this a good idea? Because without the nervous system (for the sake of simplicity, let’s say that the nervous system is your brain), there is nothing. It controls almost every process in the body, and movement is no exception. So to increase our capacity to move, and to be a high-performer, we have to actively train the “command center” with specialized coordination exercises. The result is faster, easier, more precise guitar playing, without pain or other symptoms (frequently, the cause of pain is simply poor communication between muscles and the brain – this is why coordination training can decrease pain). 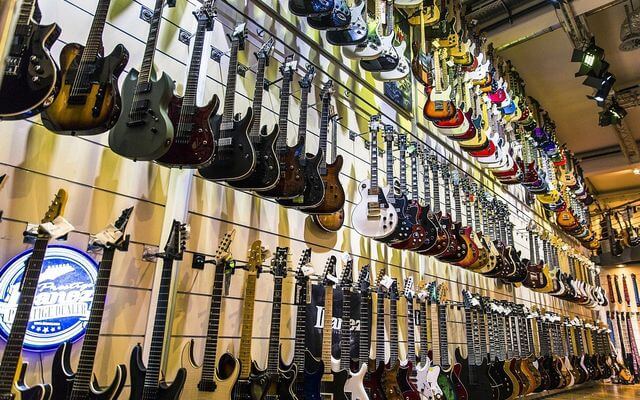 Making the right decisions in life can be as daunting as choosing a guitar to play in a room like this.

Adopting a few simple changes and taking a few dietary supplements can be beneficial, as both can increase mental and physical resilience – so that you can do more without negative consequences. Thinking about, and evaluating your lifestyle is crucial to identifying possible culprits because even trivial, banal habits like sitting asymmetrically can cause, for example, shoulder issues or indigestion over the years.

The key to success is having the right approach, and finding the real causes of our problems. This is what we stand for at guitarstrength.

– if you have hand, wrist, forearm, elbow, shoulder or neck problems that make it difficult to play guitar

– if you want to perform better, play more, faster and easier

– if you want to stay healthy, pain- and injury-free for years to come, and you are interested in simple preventive techniques

…then the guitarstrength course is for you!

It’s a comprehensive system that will teach you everything you need to know to be stronger and healthier, so you can play music better: